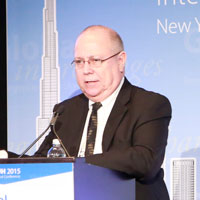 
“Jersey City on the Rise”

Jersey City on the Rise Home to 7 of the 10 tallest buildings in New Jersey, and 16 of the top 20, Jersey City is the growth engine of North Jersey. Situated at a strategic junction between New York City and Northern New Jersey, Jersey City has attracted acceleration investment and development. With a diversifying new economy, elected officials consistently support tax incentives and an aggressive approach to modernizing zoning code that has transformed Jersey City's skyline, economy and culture. Starting with historic preservation in the 1970's, followed by a new wave of redevelopment planning in the 1980's, the city's Planning Division has developed an approach to urban planning that has taken advantage of the dynamic market forces while requiring quality urban design. This presentation will detail the evolution of Jersey City's zoning and redevelopment code with site specific, customized regulations that balance the needs of developers, architects, engineers, community groups, and elected officials. 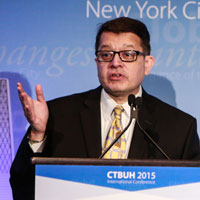 This presentation will highlight all scales of urban spaces and feature the urban spaces visited on two CTBUH Urban Habitat / Urban Design Committee Global Walking Tours, in winter and summer. 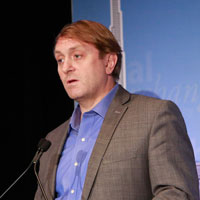 Density and development come in many forms – not all of them tall. One of the most successful development initiatives undertaken in New York City in the last decade has been a horizontal, rather than a vertical, project: the High Line. The development of this linear park was not the idea of a savvy developer, nor of a far-sighted urban planner or city agency, but of residents who wanted to save a viaduct from demolition. The tools used to carry out the transformation from an abandoned rail line into a park included a combination of public and private money, fortuitous zoning changes, respect for the historic fabric, and a simple landscaping aesthetic that would make the park a world-class attraction. This presentation identifies the ingredients that allowed this confined linear park to serve as a catalyst for urban transformation. It also examines the replicability of its success for other cities.

The resurgence of skyscraper construction around the world has allowed architects and urban planners to reconsider the role that tall buildings play in relation to their surrounding built environment. Although many contemporary skyscrapers continue to be designed primarily with the goal of creating an icon, more thought is being put in designing for the ground plan and at a human scale. This session examined the ways in which cities are responding to increasing skyscraper density through zoning initiatives and innovative public spaces like New York’s High Line. These ideas were discussed critically, with special attention paid to the ability for public spaces to invigorate development and vice-versa.

The session began with a presentation by Robert Cotter, Planning Director, Jersey City Planning Department, who gave a detailed history of urban planning in Jersey City. As the commercial capital of New Jersey, Jersey City has seen several waves of development that have transformed the city over time. Cotter detailed these historical trends, noting the causes and effects of each separate wave. He gave special attention to the work that Jersey City has accomplished over the years to attract development. This included changing zoning laws and drafting redevelopment plans.

The zoning bylaws in Jersey City are quite unique in the way that they encourage the fine detail of the redevelopment of the urban fabric. They have overlay districts that can accommodate new and old uses. To create a streetscape that is more reminiscent of the old town they require a different architect every 100 feet to create natural changes in the appearance of buildings. Cotter noted that some developers voluntarily decreased this to every 50 feet.

James Parakh, Urban Design Manager, City of Toronto Planning Department, continued the theme of the session with a presentation focusing on the network of urban spaces surrounding tall buildings with a focus on the spaces between tall buildings that tend to get overlooked in design planning. Parakh began by describing the Winter Spaces Walking Tours that he organized as the chair of the CTBUH Urban Habitat / Urban Design Committee.

The Winter Spaces Walking Tours took place in seven cities around the globe with the purpose of observing how public spaces operate in dense urban environments. Parakh summarized the findings of these tours, including the necessity for cities to offer multiple forms of public space ranging in size from massive parks to small winter gardens. The tours were carefully timed so that people needed to only be outside for 10 minutes at a time. This allowed them to experience the connecting spaces in the cities. He also talked about the initial findings of the Warm Weather Spaces Walking Tours that were held in September 2015.

Craig Schwitter, Principal, BuroHappold Engineering, delivered the final presentation of the session, which focused on the history and development of the High Line on New York’s West Side. Schwitter described the history of the rail line as well as the process of converting it into a linear park. He next described the wild success that the High Line has experienced, citing not just the tourism statistics that put it on par with other New York attractions such as the Metropolitan Museum of Art and the 9/11 memorial, but also the long list of urban renewal project that it has spurred. It was noted that the High Line had a cost of $200 million in contrast to the World Trade Center at $3.9 billion. He noted how many benefits the project had on the city, particularly given its low initial cost. It is the second most visited public attraction in New York City.

Drawing on the success of the High Line, Schwitter advocated strongly for copying the model in other urban areas, citing several examples that the High Line has inspired, such as the 606 in Chicago and the BeltLine in Atlanta.