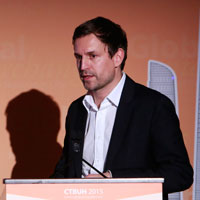 As architecture keeps expanding vertically – with the skyscraper having long become the predominant typology of architectural production in most geographic regions of hyper-growth, we need to investigate and understand the consequences of vertical stratification and generate alternative typologies of spatial quality and social sustainability in the urban realm.

This case study presents Mahanakhon as an architectural prototype that generates shared spaces of social interaction and manifests the creation of spaces not only within, but through and around its specific urban context. It aims to describe the project’s capacity to direct the dialogue of tall buildings towards a more holistic and comprehensive understanding of its place in the creation of cities and social realities.

It illustrates, in its specific configurations, unique strategies to (re)address and (re)instate the importance and quality of space within architectural production, and its responsibility towards a greater whole – to inhabitants, the city, and the society. 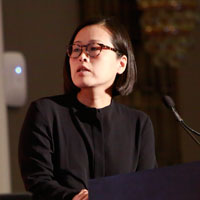 
“Regional Materiality in the Asian Context”

Regional Materiality in the Asian Context As the lead interior design architect in collaboration with Ian Schrager on the EDITION Hotel in the MahaNakhon, Kengo Kuma and Associates employed their extensive Asian design experience to inform the hotel’s unique public interiors and guest rooms. Since each EDITION Hotel is expressive of its cultural context, it was critical to engage an architect that had a deep understanding of local design imperatives, and Kengo Kuma’s commitment to regional materiality proved particularly applicable to the philosophy of this new hotel brand. Mr. Kuma’s experiences throughout the Tohoku and Shikoku regions of Japan in the 1990s had a great impact on his architectural work and forever changed his outlook on the connection between place, relationships, and the built environment.

With its iconic “pixilated” design, the MahaNakhon tower has been turning heads since it was first proposed in 2009. As it now nears completion, the future tallest building in Bangkok will have a major impact on its surrounding and the entire region. Its ambitious design generates unique spaces that encourage socialization and interaction not just within, but around its specific urban context, making it an excellent architectural prototype for the future of tall buildings. The 314-meter tower was the sole focus of this session. Both presenters had a role in designing the building and each shared keen insights relating to its architecture and interior design.

Ole Scheeren, Partner, Buro Ole Scheeren, the building’s architect, gave the first presentation of the session, which focused on the building’s design intent and inspiration. He began by defining the building within the context of Bangkok, Thailand, and discussed how it built upon his previous work and belongs to the “same family of explorations in how we think about the skyscraper and urban density in a different way.” Scheeren then went into detail about how the MahaNakhon was designed with the goal of directing the dialogue of tall buildings towards a more holistic and comprehensive understanding of a building’s place in the creation of friendly and livable cities. When speaking of his conceptual process for the building, Scheeren stated, “My question was ‘how could we reconnect the tower in a much more explicit way to its public domain? How could we take the activity of the people that inhabit a building and project it back to the city and the public domain as its image and as its experience?’”

The second presentation of the session was delivered by Yuki Ikeguchi, Partner, Kengo Kuma and Associates, who along with her colleagues designed the interior spaces for the EDITION Hotel in the bottom floors of MahaNakhon. Her presentation examined not just the hotel’s interior design, but how it relates to Kengo Kuma’s larger philosophy on architecture and design, which is rooted in local materiality. As such, each floor is themed around material settings like “Bamboo,” “Teak,” “Fabric,” “Wood”, “Plaster,” “Stone,” and “Water.” The resulting spaces convey an organic and relaxing atmosphere that connects the building itself to the natural world and blurs the lines between some of the interior and exterior areas of the hotel.