There were 18 Gold sponsorship packages available, each exclusively sponsoring a unique aspect of the Conference. The benefits common to each Gold Package are shown below, with the exclusive elements pertaining to each specific package following afterwards. 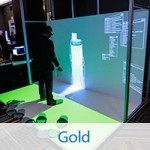 Eight Gold sponsors had the chance to exhibit in the actual conference presentation spaces, alongside the Diamond building developer sponsors in the four Regional / Theme Rooms, or in the General Session Room. These rooms, which accommodated approximately 250 people in theater-style seating, were the hub of the two main speaker days of the conference. Since there was no general exhibition being held in conjunction with the CTBUH 2015 New York Conference, these exhibition suite sponsors enjoyed a very high profile at the event. 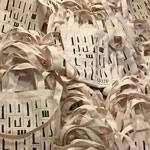 Every Conference attendee were given a high-quality delegate bag upon arrival at registration, containing the proceedings and other important documentation. This bag was carried by attendees throughout the event and is also used by many afterwards. In addition to the Gold benefits listed above, the Conference Bags Sponsor enjoyed exposure of the company brand through the inclusion of their logo on the delegate bags: a proven method to promote the company to all experts, speakers, and delegates in attendance. 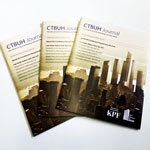 Every conference attendee was given a copy of the special conference issue of the CTBUH Journal, which is themed on the conference. In addition to the Gold benefits, the CTBUH Journal Package sponsor enjoyed being recognized as the sole sponsor of the Journal issue, with their logo on the cover of the Journal and a relevant paper or case study contained within. This Journal was distributed to the entire CTBUH membership globally, as well as to all conference attendees, thus ensuring a very high level of international exposure after, as well as during, the event. 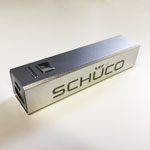 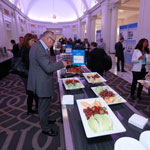 There were lunches on both main days of the Conference and thus two Gold + Lunch Sponsors. Each Gold + Lunch Sponsor enjoyed exclusive branding of one lunch through signage on buffet tables, high-top tables, and through the relevant walk-in /-out slide loop and chair announcements immediately before the lunch. 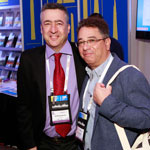 A Conference name badge will be worn by every attendee, with the lanyard (neck string/strap) occupying a prominent position around every delegate’s neck. The Name Badge Lanyard Sponsor thus enjoyed a high degree of brand visibility during the Conference through the inclusion of their logo displayed on the lanyard, together with the CTBUH logo. 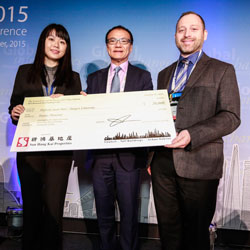 The CTBUH Research Division supports quality international research into relevant aspects of tall buildings and urban habitat. Drawing on the successes of similar initiatives in 2012, 2013, and 2014, in 2015 a “call for research funding submissions” was made, with one project awarded seed funding of $20,000, which was announced by the sponsor during the Conference. The Gold + Research Funding Sponsor was recognized as the sole supporter of this initiative internationally, receiving recognition both at the Conference itself and in connection with the research project afterwards. The sponsor also nominated a representative to sit on the judging committee. 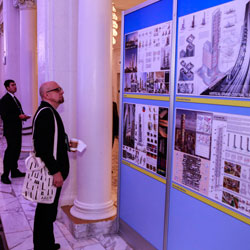 The CTBUH holds an annual student tall building design competition, which attracts hundreds of entries from universities around the world. In 2015, the competition was linked to the New York Conference, with the best projects displayed and the final judging occurring at the conference itself. The Gold + Student Competition Sponsor received sole recognition internationally for support of this initiative, with sponsor funds also supporting $20,000 of competition prize money / conference attendance support for student finalists. The sponsor also nominated a representative to sit on the judging committee, and announced the winners during the conference. 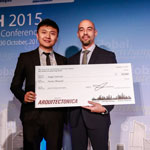 Each year the CTBUH conducts a design research project with students of architecture at the Illinois Institute of Technology, or at one of the other premier institutes of learning around the world. The students usually travel overseas to study the sponsor’s site/project, upon which the design research is based, or an aspect of globalization or technology. The Gold + Student Research Sponsor received sole recognition internationally for support of this initiative – including input on determining the research subject – with $20,000 of sponsor funds supporting student travel and other studio expenses. 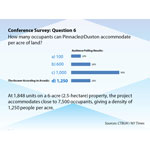 The CTBUH Tall Buildings Survey is a fun and engaging part of the CTBUH conference that tests delegates on their knowledge of the skyscraper industry. The Gold + Tall Buildings Survey sponsor was recognized as the sole sponsor of this initiative, with the company logo on the quiz slides, associated documentation, and on the accompanying webpages used to facilitate the quiz. The sponsor was involved in determining the questions for the quiz, and was promoted through the international announcements made about the quiz after the conference also.

Take the Quiz Yourself! 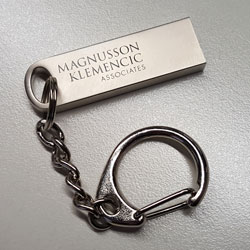 Every Conference attendee was given a USB drive containing all the presentations delivered at the Conference, plus other important documentation. This USB drive was carried by attendees throughout the event and, importantly, also continues to be used by delegates as a normal USB drive long after the event has ended. The USB Drives Sponsor – with its logo imprinted on one side of the device, and company information on the drive itself – enjoyed promotion of the company both at the Conference, and in delegates’ offices throughout the world afterwards.Kindly Sponsored by:

*Note: Each sponsorship package included an element of exclusive sponsorship of a unique aspect of the Conference, so in some specific events/aspects, not all sponsor logos were included
**Note: Sponsorship fee is net of all taxes and fees. Any taxes and fees need to be paid by the sponsor.