On the morning of Wednesday, October 27, delegates from the CTBUH 2015 New York International Conference visited the 400 Park Avenue South building. Completed in 2015, the building is 42 stories tall and has an architectural height of 476 feet (192 meters). Designed by Pritzker Prize-winning architect Christian de Portzamparc, the building is considered to be the pinnacle of modern living in New York City.

The participants received a project introduction by representatives from Toll Brothers’ marketing team before receiving an extensive tour of the building. Led by Project Architect Emil Stojakovic from Handel Architects, the tour started on lower levels including a tour of the 15,000-square-foot (1,394-square-meter) basement amenity space, with a theater, fitness center, and 60-foot (18-meter) swimming pool, which is shared by all residents of the building.

Following a tour of the spacious 27th-floor sky lounge, the tour moved to the top 18 floors that make up the 400 Park Avenue South condos. Attendees were given a tour of a model three-bedroom condo on the 32nd-floor which featured floor to ceiling windows offering breathtaking views of Manhattan and luxury amenities. All interiors were designed by Stephen Alton who drew much of his inspiration from Portzamparc’s angular façade.

The tour concluded with a walk through of the top two floors and the roof. Unfortunately, with the inclement weather, the views were not as stunning as the attendees hoped. 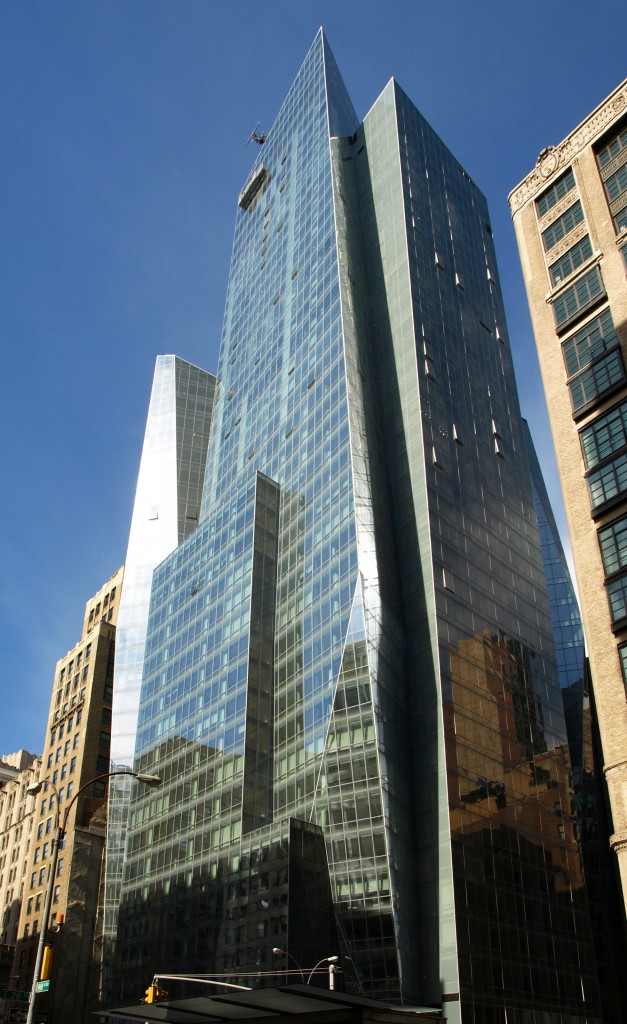