50 West is a 237-meter, 64-story residential tower located in Downtown Manhattan just blocks away from the World Trade Center and Brookfield Place. The tower is unique for its rounded corners and high-quality glazing, which provide not only satisfying views from the interior, but lend an almost futurist aesthetic that contrasts greatly from its 1970s-era neighbor, 90 Washington Street.

The tour, kindly organized by Times Equities and JAHN, began in the 50 West Sales office, conveniently located across the street from the active construction site. There, conference-goers played the part of an interested condo buyer, selecting units of their choice on a digital screen and watching as views for that particular space were projected onto the walls. From there, a walkthrough of a model unit was given, which showcased all of the fittings, bells, and whistles one would expect in a contemporary luxury development in the New York market.

After walking to the construction site and donning hard hats and safety glasses, attendees were whisked up to the tower’s observation deck on the highest floor. This multi-level amenity space will be completely private, allowing exclusive access to residents and guests. It is here that a diagonal “rim” along the outside edge of the tower represents the topmost architectural element, a concrete feature fitted with heating elements to eliminate the danger of falling ice.

The diversity of unit types and overall sense of luxury was put on full display in one of the tower’s under-construction duplex units. These double-height units feature both massive family rooms and multi-level living spaces, elements that are rarely associated with high-rise buildings. The bustle of construction workers in the units was indicative of the project’s ambitious construction schedule, having only begun above-ground work in late-2014 with the goal of delivery in 2016.

The mechanical floor provided the last stop of the journey. The floor was a cramped maze of air handling units, pipes, and ductwork. Amazingly, the floor is able to provide all of the tower’s mechanical needs since it only serves 191 units. Upon returning to the ground floor, attendees left with a better understanding of the intricacies of luxury development in Downtown Manhattan. 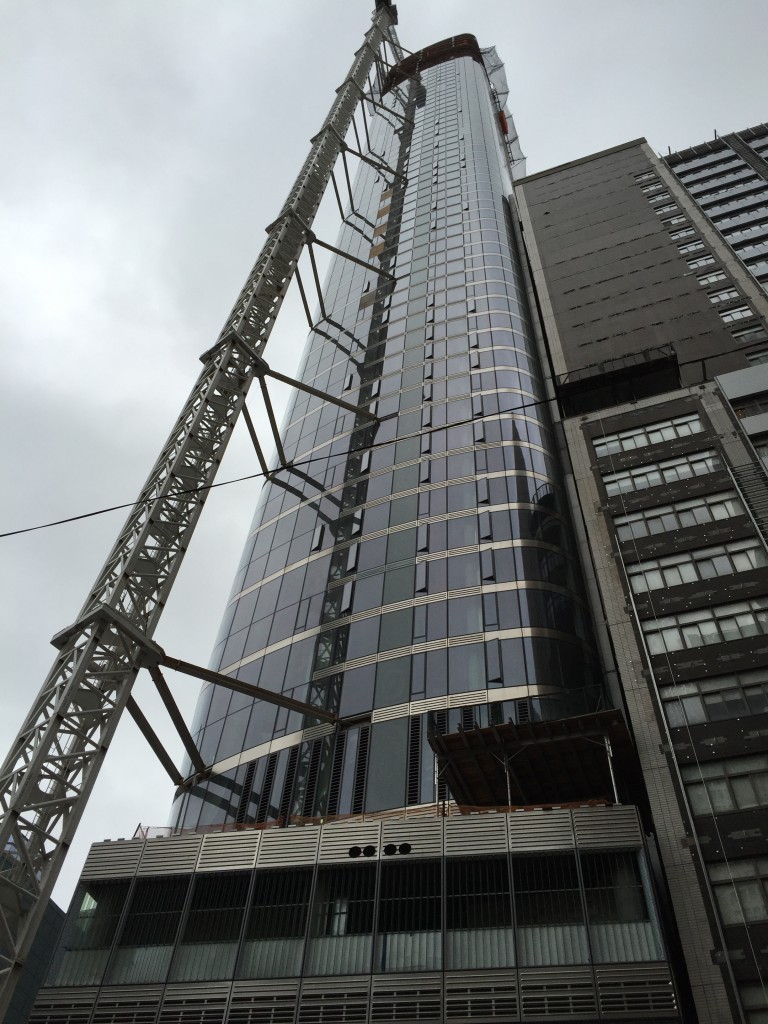