The tour of 56 Leonard Street was greatly hindered by the nasty rainstorm that was going on at the time, but a group of highly interested delegates still showed up to brave the winds and rain to visit what will be one of the top luxury residential towers in downtown Manhattan. Upon arriving, the group was greeted by Stefano Braganti, Project Manager, Building Structures, WSP | Parsons Brinkerhoff, who led the tour. After a brief intro of the project at the ground level, the group was taken up to the 40th floor in the construction hoist, the highest they could safely travel due to higher than normal winds.

The building structure is relatively simple for the majority of the height, with a concrete core and perimeter columns up until the 45th floor, and the majority of variation happening in the placement of balconies. At the 46th floor, there is an outrigger floor that transfers the columns from the upper floors, which vary significantly to provide the staggered look that Herzog & de Meuron designed. Motivated to see this unique setup, the tour group walked up the seven flights of stairs to reach the 47th floor. This is the first floor where the shifting columns can be witnessed.

One level below, the group encountered one of the two outrigger floors, which are double-height spaces and will also serve as the mechanical levels. These floors contain large, concrete, Vierendeel truss outriggers, which provide lateral stability for the building along with the sloshing damper that is located at the top of the structure. The tour moved down one more floor to view the preparation of one of the many balconies on the building, which are poured separately about 10 floors after the main slab is poured.

The tour concluded by visiting some lower levels, including some of the residences that are nearing completion and a couple of the amenity floors. One of the highlights of this space was the staircase connecting two of the amenity floors, which was done with a single pour of concrete and took months to frame out. 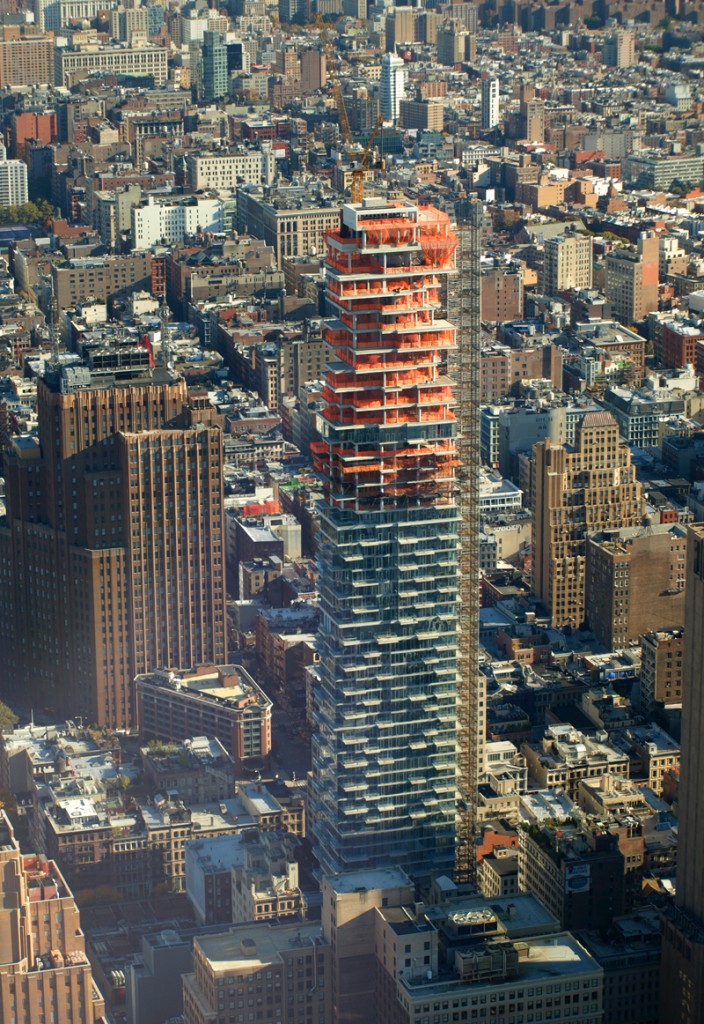