This well-attended tour of Eleven Times Square, kindly hosted by FXFOWLE, the architect of the building, started in the main lobby of the tower. Delegates were invited to admire the airy three-story lobby from the inside, looking out to bustling Times Square. The project architect of the building, Dan Kaplan, Senior Partner, FXFOWLE, explained how the wrap-around lobby, together with the signage, "ties" the building to the bustling entertainment district.

Eleven Times Square occupies a full block front along Eighth Avenue between West 41st and West 42nd Streets in New York City. Designed to extend the vibrancy of Times Square and meet the needs of high-end corporate tenants, its form was derived from an insightful observation of the context. Three independent but interrelated components comprise the structure: a six story ribboned base that wraps the corner of 42nd Street and Eighth Avenue; an outwardly sloped glass-clad “crystal” that preserves sight lines along the 42nd Street corridor; and a 40-story spine that anchors the commercial properties of the building.

It was built on top of a bedrock layer commonly known as Manhattan Schist – hence the lack of a basement. It is also the last building to be developed as part of the 42nd Street Development – a 13-acre renewal site stretching two city blocks along 42nd Street between Broadway and 8th Avenue that began in 1980.

After reviewing the lobby, the delegates were then taken to the 35th floor – a floor dedicated as the marketing floor for the building. Here, delegates were treated to a full sweeping view of 8th Avenue via the 30-degree, tilted glass façade. Despite the grey day, the view was impressive. On this floor, delegates were also able to see differing test spaces for various kinds of arrangements. 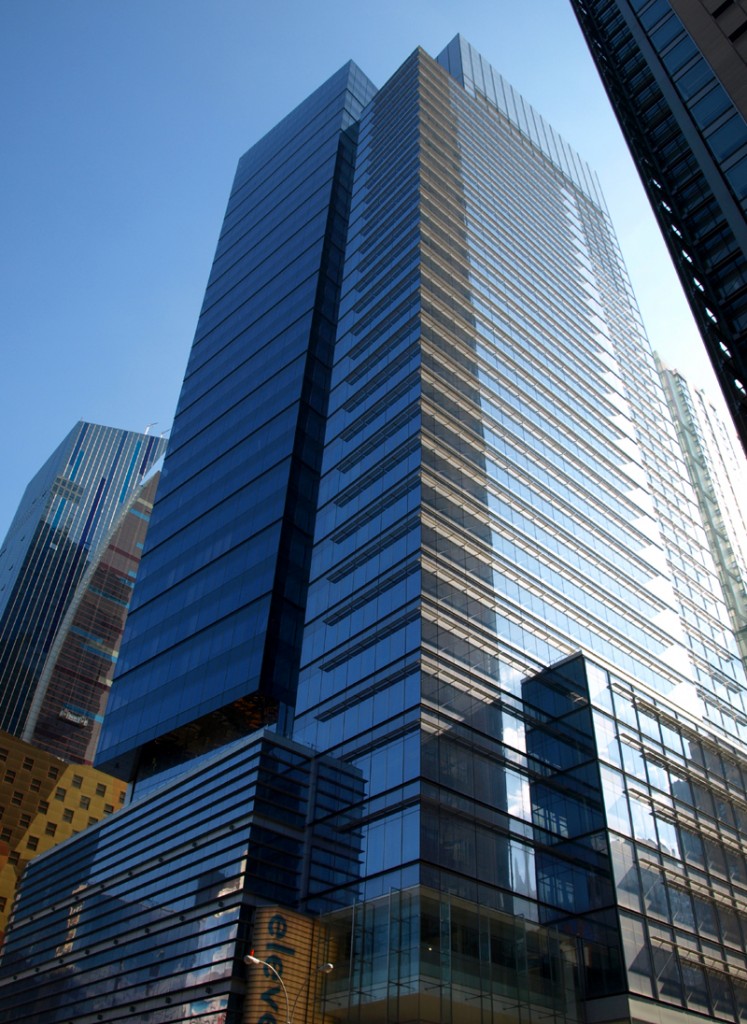