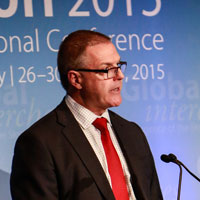 Driven by diverse factors that include the constant march of urbanisation, the changing demographic of the workforce, changes to the nature of city working, the continual blurring of our personal and professional lives and emerging expectations of the workplace experience, the nature of property, and the roles of property professions are rapidly evolving. The focus is changing from the fabric of buildings and their performance, to how they support people in all aspects of their lives and how they foster communities through engagement and social connection.

This presentation seeks to provide insight into global best practice in the management and operation of large scale urban renewal developments and existing tall building stock which at their core, focus as much on creating and sustaining interesting, well-engaged places as they do on seeing their investment objectives realized. 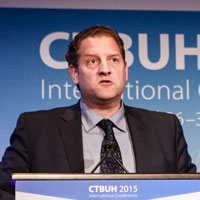 How New Generations, Industries and Workplace Paradigms Are Redefining the Commercial High-Rise This presentation will provide a data-driven analysis of building performance from three eras: the early 1900s, mid-twentieth century, and today. This longitudinal analysis will illustrate how buildings from each era speak to a particular aesthetic and specific points in our global culture and economy. At the times they opened, these buildings were groundbreaking designs that defined their eras; work and people have drastically changed since then, and these styles of building no longer enable the work styles most valued by many of today’s forward-thinking enterprises.

Technology companies are driven by agile processes and fueled by the demands and lifestyles of younger generations, with an emphasis on collaboration, efficiency, and a sense of purpose. The design of tall buildings must support this new economy with qualities that we know to enhance health, happiness, and productivity – things like greater connectivity, variety, choice, and proximity to natural light, views, and nature. 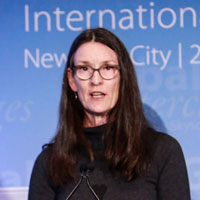 
“The Impact of Open Space on Liveability in Subtropical Apartment Buildings” As the number of tall apartment buildings significantly increases in most cities across the globe, their ability to deliver quality lifestyles for residents becomes an issue of sustainability for the community. While apartment architecture may respond to international design trends, buildings that relate culturally and climatically to their location increase sustainability and liveability. The purpose of the presentation is to explore whether private and shared open spaces contribute to positive or negative perceptions of liveability of apartment buildings in a subtropical urban context.
First-hand resident evaluations of everyday experiences of residing in inner urban high-density environments in Brisbane, Australia are explored through a survey of 636 residents and interviews with 24 residents.
Private balconies are highly valued, but resident satisfaction would be enhanced by spaciousness for diverse activities, privacy and climate-responsive design. Communal spaces and facilities are used infrequently by many residents who prefer interactions with community outside the building.

This session explored an array of social issues, with two presentations highlighting a new generation of socially sustainable office towers that incorporate meaningful community connections, and actually enhance worker productivity. These new buildings are functionally optimized, promoting greater activity onsite and integrating seamlessly with the public realm. A third presentation offered insight on how occupant feedback and public dialogue translates into actionable design criteria, focusing specifically on the subtropical climate of Brisbane, a city of one million.

Michael George, Regional Director, JLL, presented on the possibilities for integrating people’s social and professional spaces seamlessly in new, vibrant spaces. He opened by vividly painting a picture of the modern office building, designed to be responsive to the requirements of a contemporary office worker. He emphasized that a new generation of buildings for the modern worker should create “interesting, engaging, and fun places which focus on the people whom inhabit the building, creating socially engaging communities in and around tall buildings and ultimately yielding in a higher quality of experience for the user. This, while also intelligently creating an optimal working space enabling workers to be as productive as possible.” To illustrate his points, Michael George talked in-depth about a massive urban renewal project in Sydney, the 320,000-square-meter commercial hub called the Barangaroo Precinct. He concluded by saying , “the new paradigm of tall buildings is recognizing the vital role they play in shaping communities and cities.”

Timothy Johnson, Design Partner, NBBJ, continued with the theme of office buildings needing to evolve to meet the needs of a new generation of professionals. He offered a brief historical overview of the tall office building, starting with their arrival in the 1920s, noting that buildings of the era were “austere, column-free interior spaces . . . with little or no access to daylight.” In contrast, Johnson emphasized that millennials and the younger “Generation Z” have drastically different work styles, and require a new kind of office building that allows for a great deal of flexibility in the office space. Rather than all open or all enclosed spaces, Johnson advocated for a third way incorporating “activity-based spaces.” Johnson offered his perspective that “Architecture 2.0 – was about sustainability and building efficiency, whereas Architecture 3.0 is about human performance.”

Rosemary Kennedy, Associate Professor, Queensland University of Technology, Brisbane, closed the session with a different kind of presentation, offering up academic research on how residents prefer to interact with public space. Kennedy explored whether private and shared open spaces contribute to positive or negative perceptions of livability for apartment buildings in a subtropical urban context, surveying numerous subjects in her study. Among other discoveries, she found that tenants preferred shared outdoor space to private outdoor space, as it amplifies a sense of community. Kennedy theorizes, “I found that millennials are looking for less personal space, and more social space, and I think this could be because personal space is declining so quickly.”