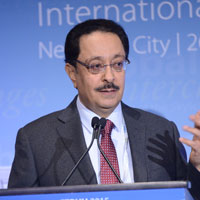 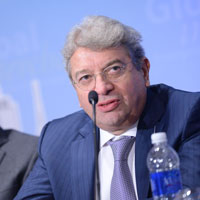 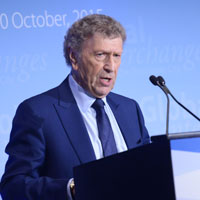 London is considered one of the world’s safest harbors for investment capital. However, it has also been one of the lightning rods in the rapidly developing debate over the influence of global capital on the built environment. To say that some tall buildings have recently been controversial is an understatement. But amidst this, it is worth knowing in more detail how the UK’s tallest building, and one that is very much emblematic, and complementary of London, came to be. This is the story of the Shard. 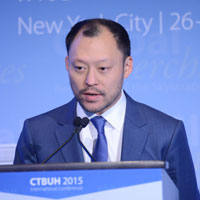 MahaNakhon: A Pixelated Punctuation Mark on the Bangkok Skyline As Thailand becomes an increasingly important economic force in Asia, the quality of its architecture has risen to match the expectations of an increasingly sophisticated clientele. MahaNakhon, a 314-meter, mixed-use tower, will be the tallest building in the country and command its highest rents. The international design and development team has created a project that is optimized for the tropical climate of Bangkok, and introduces a level of international design quality previously unseen in the capital. Its “pixelated” design concept affords highly valuable outdoor space to tenants, while breaking down the its mass so as to better integrate with the urban fabric. Importantly, the project also addresses the city’s notoriously congested traffic conditions and its lack of open spaces by connecting directly to the SkyTrain rapid transit system, and by using its design to return part of the property to public use.

There couldn’t have been a better way to start Plenary Two, and the second day of the Conference, than with a keynote presentation on the world’s future tallest building, the Kingdom Tower at 1000+ meters. Here, His Excellency Abdulrahman Al Shaikh (Deputy Minister for Town Planning, Ministry of Municipalities & Rural Affairs, Kingdom of Saudi Arabia) and Mounib Hammoud (CTBUH Trustee and CEO, Jeddah Economic Company) framed the kilometer-high mixed-use tower in the context of Saudi Arabia’s emerging economic presence. Not designed in isolation, Kingdom Tower will become the focal point of an entirely new urban district, Kingdom City, which will have a built-up area of 12,280,945 square meters and include a full range of land uses and amenities set within a network of modern infrastructure.

Next, Irvine Sellar, Founder and Chairman of Sellar Properties, took the stage to discuss the past, present, and future of London’s tallest and most iconic building, The Shard. Since completing in 2013, the tower has redefined the London skyline and has played a key part in the regeneration of London’s South Bank. Sellar said, “It’s been 14 years in the making, and I believe what we’ve created with The Shard is a work of art, a new contour for London’s skyline. It hasn’t been an easy journey, in fact, it’s been realized against all odds. Developments of this nature in the UK are never straight forward, and in London it’s many times more complicated.”

The Asia region was also well represented in the Plenary, as Sorapoj Techakraisri (CEO, PACE Development Corporation PLC) presented the MahaNakhon, a tower in Bangkok, Thailand that will not only be the nation’s tallest, but is intended to forever elevate the image of the city and the country to a global audience. Techakraisri offered three aspects of the project that were critical in achieving this goal: an ideal location in Bangkok’s central business district, mixed programming, and a unique design approach.