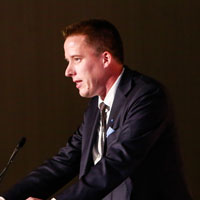 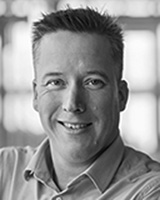 This presentation describes how the use of self-climbing elevators, can significantly improve building construction efficiency.

The self-climbing elevator uses the building’s hoist-ways while under construction. The elevator follows the formwork as the building grows, providing greater load capacities and speeds than rack-and-pinion hoists. It operates regardless of weather conditions such as wind, rain, and snow and the building’s external profile that may twist, bend and turn.

Self-climbing elevators provide faster, safer, and more reliable elevator service for people and materials throughout construction enabling greater productivity, better quality, and reduced costs. They can shorten construction schedules by as much as 20%, providing greater return on investment. 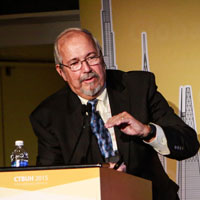 
“Elevator Designs for The Kingdom Tower”

Elevator Designs for the Kingdom Tower When it is completed in 2019, the 167-story mixed-use Kingdom Tower will become the new World's Tallest Tower. It will contain multiple, stacked mixed-use population zones, including subterranean parking, building entry/amenity/retail floors, office zone floors, hotel levels, serviced apartment floors, residential zones 1-6, and two roof-top Observatory/Sky Terrace Levels, served by double deck elevators. Each of these zones will be served by their own sets of local and express high speed sky lobby shuttle lifts. The project will be equipped with 36 gearless and 22 machine-room-less (MRL) elevators and 8 escalators serving the estimated 4000 - 5250 tenants/occupants. The elevator groups will be provided with the most advanced, all-digital destination dispatching, motor, and motion controls. Lift safety designs will include lifeboat evacuation capabilities, seismic and high wind designs, world class lift car ride qualities, and high car pressure (windage) mitigations. 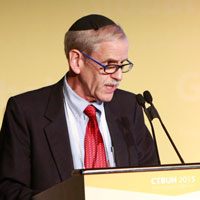 
“Tall Buildings and the Sabbath Elevator”

Tall Buildings and the Sabbath Elevator The commandment to keep the Sabbath as a day of rest appears in the Bible many times. Jewish law prescribes an intricate set of rules regarding which activities may be performed and which are prohibited. A Sabbath elevator is an elevator which operates in a special automatic mode as a way to circumvent the prohibition of operating electric switches on the Sabbath.
Sabbath elevators can typically be found in Israel, where they are mandated by law, and in other countries with large Jewish populations. These elevators enable observant Jews to reside in tall buildings and take full advantage of facilities in hotels, hospitals, synagogues, and other public buildings.
This presentation summarizes the technological innovations in vertical transportation as they pertain to the Sabbath elevator and the differing reactions to them within Jewish law. It further examines their technical, social, and communal impacts on tall buildings and the skyscraper city.

Though much attention has been paid in the last few years to the new heights elevators can now attain with the latest technology, height may not actually be the most important controlling factor when selecting elevators for buildings under construction – it’s time. This was the proposition put forth by Santeri Suoranta, Director, High Rise Platforms, Major Projects, KONE.

With thousands of workers on site for the largest projections, up to 4,500 working hours are lost per day, simply by people waiting for construction elevators at peak times. KONE has developed the JumpLift as a hedge against this problem. The JumpLift is a “self-climbing” elevator that uses as its guideway the actual concrete elevator core of the building being constructed. That means quicker assembly than the typical external hoist, and no delays due to weather. Suoranta said the JumpLift was 300% faster than, and could save 25% in operating costs over the conventional hoist. The total savings in a 500-worker site could be a 50% reduction from the typical 1,500 hours per day spent commuting within the building, translating to $35,000 in savings per day, or $11 million in savings a year.

Although saving money on the $2.6 billion Kingdom Tower in Jeddah, Saudi Arabia, set to become the world’s next tallest building, is not a big priority, nevertheless time savings and elevator efficiently are critical. James Fortune, Partner, Fortune Shepler Sailing Consultants, had his work cut out for him designing the vertical transportation system for this superlative building. Fortune walked the audience through some of the unique considerations about the building, including the need for extra-VIP service for members of the royal family. Although triple-deck elevators were considered, they were ultimately rejected in favor of destination dispatch services that would send priority parties to their floors, non-stop when necessary. Once aloft, the elevators will travel at 10 meters per second on the world’s longest run. Because of the extreme height of the Kingdom Tower, with occupiable floors as high as 637.5 meters, other special considerations, such as the use of elevators as a means of “lifeboat” emergency escape, had to be incorporated, Fortune said. All told, vertical transportation costs reached $45.5 million.

Elsewhere in the Mideast, one of the pre-eminent concerns in contemporary elevator design is particularly localized. In Israel, where the price of land is increasing, a vertical housing boom is underway. But because of the many observant Jewish residents in these towers, special considerations must be made for automatically operating elevators. For those Jews who observe the Sabbath, a day of rest proscribed in the Bible from sundown Friday to sundown Saturday, no work is allowed. Operating an elevator qualifies as “work” by some interpretations. This gives “a spiritual dimension to a technical question,” said David Pilzer, Director, Division of Planning & Building Guidelines and Regulations, Israel Ministry of the Interior. “There are a lot of tall residential buildings being built. It is becoming more of an issue now.” Traditionally, building occupants would hire a non-Jewish person to operate the elevator during the Sabbath, but this is becoming less practical as more high-rises emerge, Pilzer said. The current iteration of the “Sabbath Elevator” is pre-programmed and stops automatically on each floor, requiring no buttons to be pushed. But this is obviously inconvenient for many people and becomes impractical as buildings rise higher. The newest generation of destination-dispatch tools may help – in that they allow button-free operation and efficiency - though these are meant to enable user control, not thwart it. Some kind of identification technology that notifies the system when an observant person approaches the elevator may need to be used in combination with this, though RFID had already been rejected as an acceptable solution, Pilzer said.