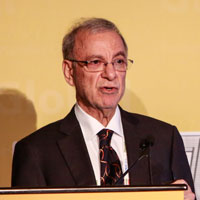 The rapid urbanization of Dubai and regional Middle Eastern cities presents challenges with respect to the traditional local city fabric and the advent of modern high-rise towers. This presentation explores the needs for project stakeholders to consider cultural values, local environment, human scale, and existing historical urban fabric in their approach to addressing project requirements which, in most cases, call for "iconic high-rise buildings" ignoring basic and fundamental conditions in producing sustainable buildings forms and comfortable usable spaces. Developer companies and building regulations should address social and community needs for well-planned and comfortable urban spaces – balanced with project development financial benefits and return. High-rise, though rooted in local culture, is not always the answer for local residential needs. Land use zoning and urban plans should consider comfortable diversified building heights, open spaces, and social mixed development briefs to encourage value integration between locals and expat residents. 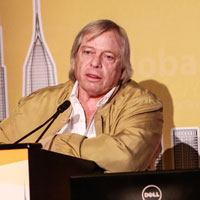 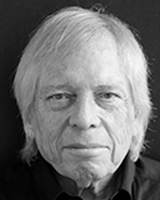 Tel Aviv’s Midtown/Azrieli North Complex is the new hub of the northern CBD that functions to connect the activity centers of the historic city to the emerging urban developments in the north and east. The article describes the genesis of the project as a multi-functional urban complex of tower urbanism and demonstrates how this model of integrated vertical urbanism can achieve unique contributions to urban regeneration.
The article discusses modern historical precedents of urban complexes of multi-functional vertical urbanism, presents the formal and functional components of this important emerging model of urban restoration and development, and defines the design elements of this model as a unique ensemble of urban design principles. 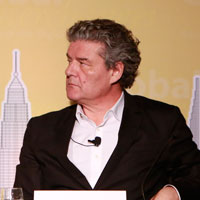 This presentation will deal with the horizontal versus the vertical, the campus style sprawl versus the high rise.

Why is it that cultural and educational buildings that deal with creativity and innovation are horizontal, whilst those dealing with land value are vertical? And how can we inject creativity and culture into the tall buildings, which they need, in order to be sustainable, given that land space is at a premium, both in terms of cost and availability?

Drawing on his considerable experience of working in Qatar’s new sustainable downtown, Msheireb (where Mossessian & Partners is creating 26 new buildings and a public square), Michel will talk about education and the embracing of local cultural context as the key factors in city building. He will argue that this is how one can make high-rise building not only economically viable, but appealing and sustainable.

The Middle East is in the midst of a construction boom that is quickly transforming cities into international destinations. The speed at which some cities are developing is cause for both celebration and concern, as the consequences of unconstrained development can be long-lasting. As a result, architects and urban planners in the region are working to improve the ways in which the products of vertical urbanism are integrated into the urban realm. This session focused on urban planning improvements – both real and conceptualized – across three distinctive Middle Eastern cities that integrate the concepts of vertical urbanism in unique ways.

Akram Ogaily, SVP, TCT Global Director, Hill International, began with a presentation on urban planning in Dubai. He lamented the current state of planning in Dubai, citing fragmented urban spaces divided by wide arterial roads and unsustainable structures as an effect of rapid urbanization. A major concern of Ogaily was the lack of any local culture in Dubai’s many skyscrapers, saying the design approach leads to “superficial art forms” without any relation to context. He ascribed this extraordinarily rapid pace of development has made it difficult for local cultural norms to adapt to high-rise typologies, and that modern urban planning trends are often decimating historic Middle Eastern city centers to make them more accessible to private automobiles. As a response, he stressed that successful developments must be immersed in local cultures and designed with collaboration between architects and official city planners. As a play on Louis Sullivan’s famous maxim “Form follows function,” Ogaily espoused urban planning ideas that could be summed up as “Form follows culture.”

Moshe Tzur, President, Moshe Tzur Architects and Town Planners, then presented on urban planning considerations in Tel Aviv. He began by describing the historical context of Tel Aviv as a primarily modernist low-rise city from the 1930s and the extreme changes that have taken place in the city in recent years, transforming it with clusters of high-rises in specific districts. Tzur next introduced his tower complex, which seeks to create urban continuity between multiple neighborhoods and low-rise and high-rise structures through tenets of vertical urbanism. In the process of describing the project, Tzur compared it favorably to several significant public spaces around the world, including the Pompidou Center and Rockefeller Center, making the argument that large open spaces and pedestrian friendly environments serving as connections to the greater city are crucial to the success of high-rise complexes.

The final presentation of the session was delivered by Michel Mossessian, Design Principal, Mossessian & Partners, who is working to redevelop a downtown section of Doha through culturally and contextually significant architecture. Mossessian’s presentation focused on questions regarding vertical campuses vs. horizontal campuses for major corporations. He discussed the recent proliferation of major horizontal corporate campuses, and examined the possibility of transferring these ideas to a vertical setting, with a strong emphasis on public spaces as the focal point for a project. Mossessian stressed the importance in creating a local gathering spot for the general population and tailoring the design to the local climate. In the Middle East, this includes creating outdoor covered rooms, which can lower the air temperature by 20 degrees centigrade on the hottest summer days. The porous design of his Doha project was enthusiastically embraced by local officials who have since decided to make it the future international high-speed rail terminal of Qatar.