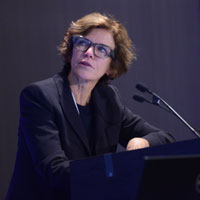 
“Three Points of the Residential High-Rise: Designing for Social Connectivity”

Three Points of the Residential High-Rise: Designing for Social Connectivity In this presentation we discuss the terms “exo-spatial design,” “solar carving,” and “bridging” as strategies for creating more socially connective tall buildings. As a typology, high-rise residential buildings have a unique set of challenges to becoming fully activated urban participants in the cities in which they are located. While there is a general recognition and appreciation that tall buildings provide identity to a city, there is often criticism of how they relate to their surroundings. Critics have posited that tall buildings are insular and foreboding by their very nature. This presentation explores several design avenues for architects to consider in order to improve the social aspect of tall buildings. As all cities become taller and denser to accommodate growth, the need to design social space in, on, and around tall buildings must be continually examined if we are to have cohesive urban fabric that supports communities. 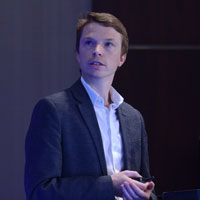 In recent years Mexico City has seen a surge in tall building construction, concentrating around the new Central Business District on Paseo de la Reforma, and culminating with four new skyscrapers clustered at its west-central end. Arup has led the structural engineering design of three of these towers as well as Torre Pedregal 24, a striking new office building a few miles away. These buildings have been designed using innovative structural solutions to provide Grade A office space in this highly seismic zone. This presentation will provide an insight into their design and the unique challenges that building tall in Mexico City presents.
Once completed, the four towers: Torre BBVA Bancomer; Torre Reforma 509; Torre Reforma; and Torre Pedregal 24, will provide over 200,000m2 of prime office space overlooking the impressive Chapultepec Park. 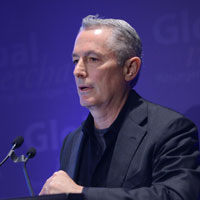 
“Rags to Riches: How Chicago’s 111 West Wacker Finally Got Built”

Rags to Riches: How Chicago's 111 West Wacker Finally Got Built With 25 floors and 40,000 cubic yards of concrete in place, 111 West Wacker stood for nearly 4 years on its prominent Chicago River site as a reminder of the recession that brought construction across the city and around the nation to a standstill. With so much of the tower already in place, transforming this shell into a vibrant part of the Chicago landscape offered both challenges and opportunities. The design sought to reimagine the built elements and reconstitute a complete whole from the parts left behind. The process involved forensics – first discovering what was actually built, and whether it was structurally sound – and creativity, as spaces planned for a hotel needed to be repurposed for residences. OneEleven opened in 2014 and is the largest single rental building in the Loop. In January 2015, the building was sold, setting a new price record for apartment buildings in Chicago.

The skyscraper boom that has swept New York in recent years has not been exclusively limited to the Big Apple. This session looked at developments outside New York, using examples in Chicago and Mexico City as a counterpoint to the discussion regarding tall building development in the Americas. Presentations explored efforts to improve the social aspect of tall building designs, the development of Grade A office space in Mexico City, and the long-awaited redesign of OneEleven in Chicago.

Jeanne Gang, Founder and Principal, Studio Gang Architects, discussed the unique set of challenges that high-rise residential buildings present in becoming fully activated urban participants in their host cities. Critics have posited that tall buildings are insular and foreboding by their very nature. However, as all cities become taller and denser, the need to design social space in, on, and around tall buildings must be continually examined to support a cohesive urban fabric. Ms. Gang offered up three potential strategies for creating more socially connective tall buildings – “exo-spatial design,” “solar carving,” and “bridging” – and examples of each solution.

Tom Wilcock, Associate, Arup, illuminated the particular challenges of constructing tall buildings in Mexico City, a highly active seismic zone, where a massive earthquake in 1985 claimed the lives of more than 5,000 people partly due to safety flaws in many contemporary buildings. A recent resurgence in tall building construction in Mexico City has culminated with four new skyscrapers clustered at the west-central end of the city. A great deal of research has had to be done to make these new buildings structurally safe, taking into consideration their relatively small construction sites. Wilcock cited the extensive soil structure interaction analysis undertaken by Arup to look at the way buildings absorb shock, therein discovering a solution that would to use the area’s soft ground to their advantage. He closed by emphasizing the importance of careful collaboration between architects and engineers to create the best possible form that is both optimally beautiful, safe, and responsive to the particular challenges of the region.

Gary Handel, President, Handel Architects shifted the focus back to the Second City with a presentation on the evolution of the construction of 111 West Wacker, a project whose progress was halted for four years after the economic recession of 2008 along with a nationwide slowdown of construction. Handel led by praising the fantastic location of the site, “The Chicago Riverfront is one of the most spectacular urban spaces in America, flanked by buildings and waterfront . . . It is equivalent to an aqueous Champs d’Elysses.” He went on to chronicle both the challenges and opportunities of transforming this partially completed project in an incredibly rapid timeframe of 19 months, with much of its structure already in place, into a vibrant part of the Chicago landscape. The resulting project, which opened in 2014 and is the largest single rental building in the Loop, was sold In January 2015, setting a new price record for apartment buildings in Chicago.