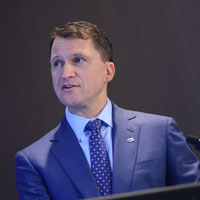 Tall Buildings in urban landscapes present a unique challenge in the field of sustainable building. These structures tend to attract a tenant base of dynamic industries such as financial services, communications, technology and digital media. Such workforces demand intensive energy usage, sometimes around the clock, and consequently the energy use intensity (EUI) of the buildings they inhabit is consistently higher than EUIs of commercial buildings with other tenants. The mandate of the sustainable builder of tall buildings is to deliver this energy as efficiently as possible. Large-scale natural gas-fueled cogeneration facilities are potentially the most efficient means of producing onsite energy, although the successful and safe operation of such facilities depends upon the cooperation of local public utility companies. This presentation examines the successes and failures of onsite energy production in a select group of buildings built and managed by The Durst Organization in New York City. 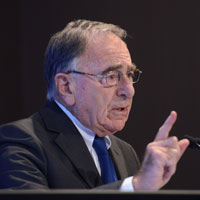 The Complex Path to Simple Elegance: The Story of 432 Park This presentation chronicles the development and design of 432 Park Avenue, New York, which, when it opens will be the tallest residential building in the Western Hemisphere, and one of the world’s most luxurious. The extraordinary building is deceptively simple in appearance, when in fact it is the culmination of years of intensive optimization under challenging financial, engineering, and regulatory constraints. 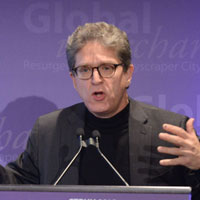 This presentation traces the development of One Vanderbilt from early design through the complex city approvals process that is ultimately allowing for its realization. From the onset, the building was not only charged with creating state-of-the-art Class A office space in a part of the city burdened by its outdated building stock, but also with a civic duty to strengthen Manhattan’s Midtown core, and particularly, the Grand Central District. While sites elsewhere in the city have mostly been developed through as-of-right zoning, adding density in such a central and historically significant location necessitated a special permit obtained through a discretionary public review process. The resultant Vanderbilt Corridor rezoning plan outlined a framework to spur private commercial development by financing notoriously underfunded public improvements. As the anchor of this new development, One Vanderbilt will provide iconic architecture with multi-level connectivity to the landmarked Grand Central Terminal transit hub.

Since the end of the 2008-2011 recession, New York City has been in the midst of a construction boom that is actively transforming the city. As the city’s skyline changes, the developmental axioms that dictate construction have been forever altered as well. Comprehensive mega-developments, slender luxury towers, and inventive typologies have all made an impact on the city. Most importantly, in an increasingly pricey environment, only the most thoughtful plans make the leap from schematic to site. This session featured presentations from three of the most influential drivers behind this paradigm shift, all of whom shared some information on their recent projects.

“We can’t get to the goal of an 80 percent reduction in emissions by 2030, by making our buildings more energy conservative,” Durst said. “We have to have onsite production.”

Harry Macklowe, Chairman, Macklowe Properties, next discussed his landmark property, 432 Park Avenue. As one of the tallest buildings currently under construction in New York, 432 Park has garnered a lot of attention. Macklowe gave a comprehensive breakdown of the story of the building, starting with the design inspiration. After presenting the building design and the interior and exterior spaces, he discussed the developmental process that led to the building’s construction. Finally, he talked about the feedback that the building has received from architects and critics alike.

“I really feel terrific that I have made a contribution, and that Rafael Vinoly has designed an extraordinary building,” Macklowe said. “All we developers are is dreamers and custodians of the city for a short period of time. Only if we have challenged our team and produced an outstanding project, will we have left our mark on the community.”

The final presentation of the session was given by James von Klemperer, President, Kohn Pedersen Fox Associates, who discussed KPF’s project, One Vanderbilt Place. While also discussing the design process for the building, von Klemperer focused primarily on the approval process for the building, offering insightful analysis for the complex zoning and air-right laws in New York City. After explaining this complex process, von Klemperer described the building itself and the design features included to integrate the building with its surroundings, specifically Grand Central Terminal. The building’s entrance lobby is a public space that leads directly to new platforms and the existing network of pedestrian tunnels at the railroad station.

“This office building is interesting, not only because it is tall; there is also something happening at the base of the building,” Von Klemperer said. “This is an ‘implant’ in the city, more than a totally new experience. But this will profoundly influence the body as well as the heart. It will be, in a way, Grand Central West.”