On the Hudson Yards Urban Tour, delegates gained some insight into the history and the vision behind the largest private real estate development in the history of the United States. Kindly organized by Related, the tour started in the Hudson Yards event space with a film that highlighted the development’s core goal of establishing an emotional connection to surrounding neighborhoods. This theme reinforces the ambitions driving every aspect of this multi-use complex. With a combination of office space, commercial/retail, residential, and open space, Hudson Yards is positioning itself to be a 24-hour destination. Hudson Yards is also openly targeting the Millennial Generation in terms of amenities and programming. This generation is attracted to neighborhoods that provide a high quality of life in all aspects. As such, open spaces and public functions were key design principles for the urban realm of Hudson Yards, demonstrated in the Eastern Yards as a large Public Square and a Culture Shed.

Related also provided a historical narrative for the space Hudson Yards occupies, to show how far it has come from its early beginnings. The space was created after rezoning was done in conjunction with New York's attempt to earn the 2012 Olympic bid. After New York failed to earn the bid, the space was made available for further development. A lot of the logistical legwork required to move the project forward was done during the 2008 recession.

Following the film and presentation from Related, delegates were taken on a tour along the High Line around the Eastern Yards. A stop at each of the various towers in this first phase of the development further illustrated the key to Hudson Yards' anticipated success – a dedication to open space and embedding social opportunities into everyday life. As Hudson Yards is to be located over active rail yards, there are extensive plans to build up the infrastructure and transportation to make the space more convenient for residents. The ultimate goal for the Hudson Yards development is to slowly move toward creating a platform for innovation and a new standard for the way people work, eat, play, and live. According to Related, occupancy for the structurally topped-out 10 Hudson Yards is anticipated for March 2016. 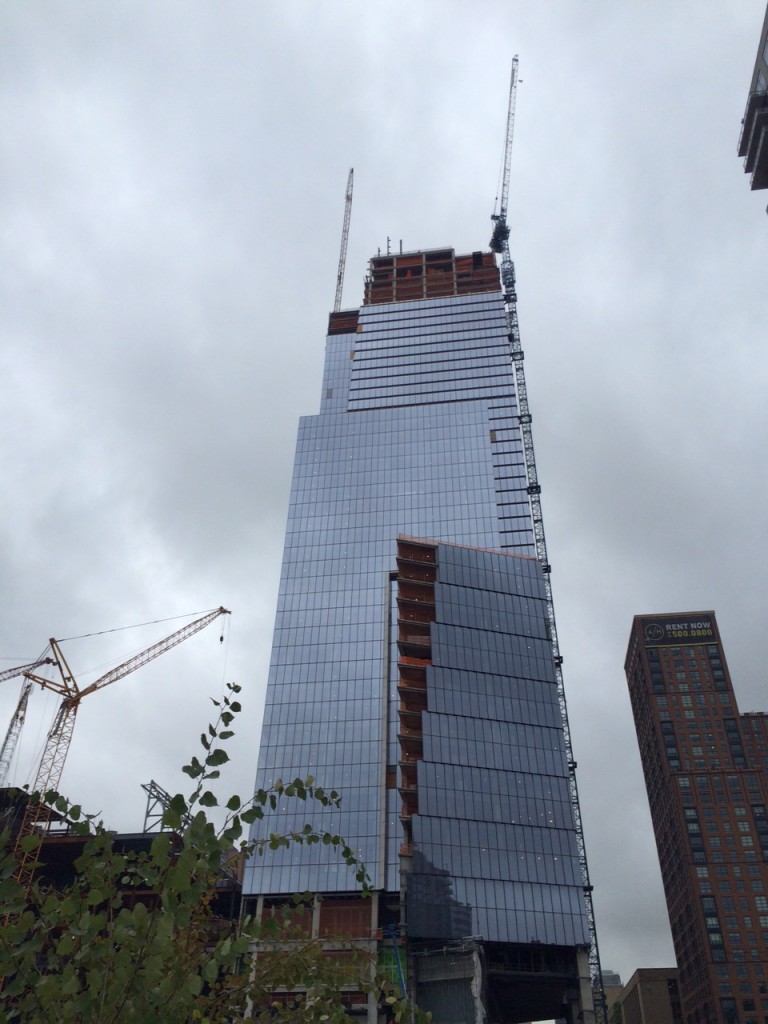