The second half of the tour was guided by Robert Cotter, Planning Director of Jersey City, who has held the position more than 25 years. During this time he has presided over great change, and his lively narrative reflected this. The tour passed high-intensity development zones such as Journal Square, a major transit junction where a cluster of towers is rising to rival those along the city’s waterfront. The bus also passed by small-scale residential streets with frame houses, as well as the grand 1930s multi-tower Margaret Hague Maternity Hospital, now converted into a condominium development called the Beacon. Also seen were areas where the magic wand of investment has yet to wave, as Jersey City cleans up after its prosperous but highly polluting industrial past and makes way for its future. 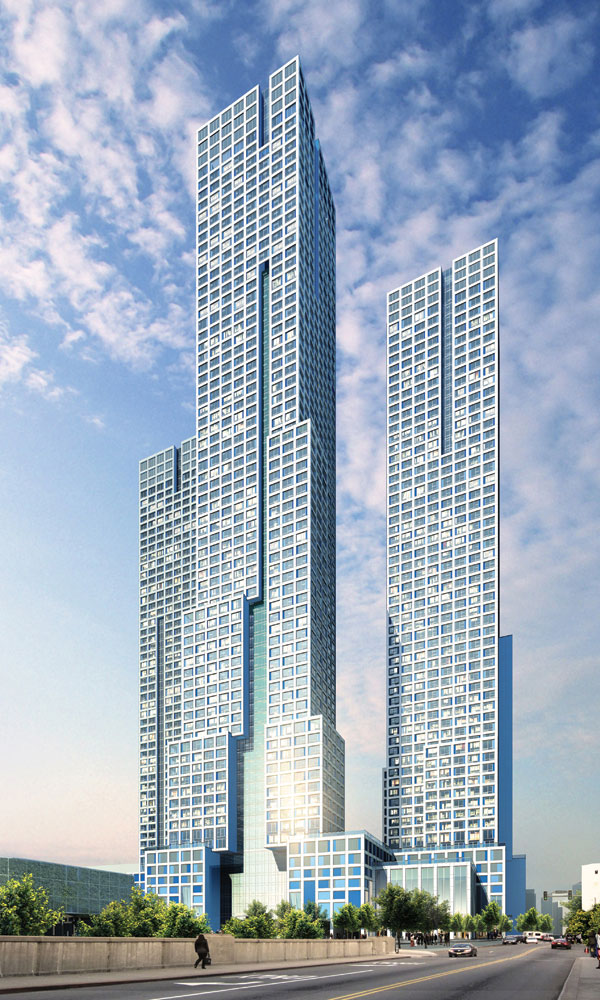