NEW YORK CITY – Plans for the 2015 CTBUH Conference in New York are now well underway, beginning with an initial meeting of the Conference Steering Committee at the Bank of America Tower Nov. 18, kindly hosted by The Durst Organization. Close to 30 representatives of New York-based member firms began to hammer out the details with CTBUH Chairman David Malott, Executive Director Antony Wood and Events Manager Jessica Rinkel, who had traveled to New York for a week of meetings in support of the Conference. With the fantastic view of the Empire State Building and lower Manhattan from the Durst boardroom as a backdrop, the group learned about the conference plans in more detail, and committed to seeking further support among their networks. 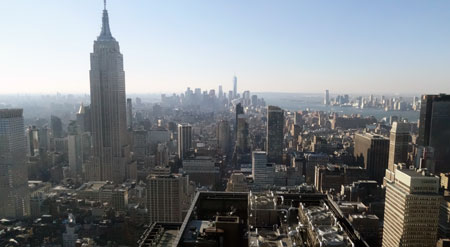 View from The Durst Organization Boardroom

The campaign continued throughout the week with a series of meetings.

Prior to the Steering Committee meeting, Monday the 17th’s agenda included Turner Construction, represented by Nick Billotti, Chairman; and Carol Willis, founder of the Skyscraper Museum. 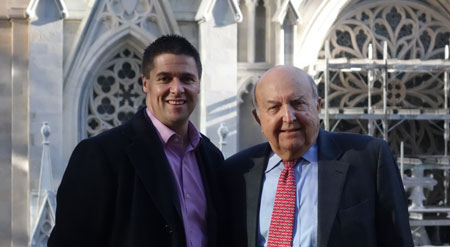 Aside from the Steering Committee, Tuesday saw meetings with TF Cornerstone, represented by Jon McMillan, Director of Planning, and Tishman Speyer. The meeting with Tishman Speyer, represented by Charles DeBenedittis, Senior Managing Director, resulted in a fascinating tour of Rockefeller Center, including the rooftop gardens and the recently re-opened Rainbow Room at the top of the GE Building. The group was joined by CTBUH Fellow Irwin Cantor, founder of the structural engineering firm that would later become WSP Cantor Seinuk. 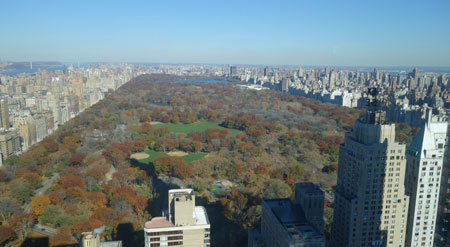 View of Central Park from the offices of Vornado Realty Trust

On Wednesday, Antony and Jessica met with Vornado Realty Trust, represented by Eli Zamek, Senior Vice President – Design & Construction and The Related Companies / Oxford Properties, represented by Stacy Feder, Vice President of Marketing and Dean Shapiro, Senior Vice President. On the evening of the 19th, Wood attended the New York Building Congress dinner as a guest of George Leventis, Managing Principal / Managing Director, of Langan Engineering, which took place in the Grand Hyatt, the CTBUH Conference venue, facilitating many connections for the Council.

By fortuitous coincidence, the Tongji University / CTBUH tall building design studio — funded by KPF through its Gold + Student Research Package Sponsorship of the 2014 Shanghai Conference — held its class trip to New York, the site of its semester project, the same week. The team, accompanied by CTBUH Research Assistant Peng Du, was able to join Wood for dinner and update him on their findings.

The journey and initial meeting cemented the early impression that the 2015 Conference will be a great success.