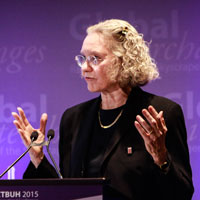 This presentation recaps the “what and why” of the super-slender type and gives an abbreviated illustration of the mechanics of the “logic of luxury." The second part of the presentation considers the impact of the towers on the New York skyline, on streets and parks, and on the broader market for housing. These issues are hot topics in current critical discourse and public debate. Among architectural critics, the towers have few defenders, and civic groups and community boards have called meetings to rally against them. While there are serious considerations of how to address such issues as significant shadows on treasured public spaces such as Central Park and questions of fairness in tax policy that should be raised, in general, the rhetoric of critics needs a reality check. The histrionics that surround the frequent trope of “towers of inequality” and “towers of secrecy” require more dispassionate analysis. 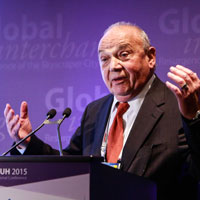 432 Park Avenue, the MoMA Tower and Steinway Tower at 111 West 57th Street are the first of a new generation of supertall buildings in New York City. 432 Park Avenue will stand as the tallest residential building in the Western Hemisphere; MoMA Tower will be fully supported at 1050 feet despite its lack of vertical architectural lines; and 111 West 57th Street will break the record for the world’s most slender skyscraper. With limited horizontal space and increasing demand for high-end residential real estate, the sky is the city’s next frontier. In a climate such as this, engineers are constantly challenged to pioneer the technical advances that make these structures possible. 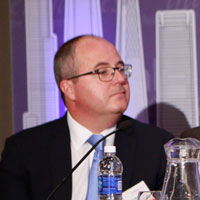 Supertall, Super Slender Tower with a Multitude of Constraints Slender, supertall, luxury residential skyscrapers have dominated much of the conversation surrounding New York’s current high-rise building boom. These structures have received praise for their architectural ingenuity and considerable criticism for their apparent disregard for affordability and local context. For better or worse, they have sparked a debate about height that will undoubtedly impact future development in the city. Presentations in this session focused on the myriad aspects of super slim buildings, including their detailed engineering solutions as well as a review of the rhetoric employed by critics to disparage them.

Slender, supertall, luxury residential skyscrapers have dominated much of the conversation surrounding New York’s current high-rise building boom. These structures have received praise for their architectural ingenuity and considerable criticism for their apparent disregard for affordability and local context. For better or worse, they have sparked a debate about height that will undoubtedly impact future development in the city. Presentations in this session focused on the myriad aspects of super slim buildings, including their detailed engineering solutions as well as a review of the rhetoric employed by critics to disparage them.

Carol Willis, President, The Skyscraper Museum, began the presentation stating that New York City has created a new generation of super slim buildings, a typology that has grown out of a collection of attributes which together are unique to Manhattan, including zoning limitations on Floor Area Ratio (FAR) and air rights transfers coupled with a large global demand for real estate investment in New York. Willis noted that a renewed desire for residences located near Central Park and the exclusivity of a high floor with unobstructed views is driving demand for developers to propose very tall, very slender towers while using the existing zoning process to expedite approvals. Willis then concluded with a review of the controversy perpetuated by critics who lambast shadows cast into Central Park, the often unoccupied nature of the condo units, no provision of affordable housing, and the lack of public transparency within as-of-right zoning approvals. While countering the criticisms, she noted these towers are continuing to be proposed and are likely the landmarks of tomorrow.

Next, Silvian Marcus, Director of Building Structures, WSP Group, discussed the challenges of engineering a very slender tower and the means necessary to reduce the sway of such buildings to maintain a high level of comfort. Marcus reaffirmed that luxury units are what makes these buildings economical to construct, noting that high ceilings actually reduce the area needed for stairways by 10 percent and that larger condominiums with a lower overall unit count reduces the amount of elevators needed to service the building. Marcus concluded with a discussion on the innovative structural design of the MoMa tower, which had the structure of its cross bracing redesigned as concrete after the cost estimates for steel came in higher than anticipated.

The last presentation by Stephen DeSimone, President, DeSimone Consulting Engineers, started with a desire for the CTBUH to begin ranking “mega slim buildings like mega tall towers” and further emphasized that tall and slender is a trend that’s here to stay. He noted that while New York is in the midst of 20-year boom in tall building construction, other cities like Miami that lack a tradition of supertall buildings now seeing 1,000-foot proposals. DeSimone emphasized that the expansive views from higher floors command the highest prices per square foot and expressed the importance of having as much occupiable space as possible in the upper half of a building. He then concluded with a description of two projects in New York that were intentionally designed to have larger floor plates at the top than the bottom.