The four Diamond Sponsors were acknowledged as the premium supporters of the conference, enjoying maximum exposure both before and during the Conference, with the highest priority of branding in all documentation and on-site signage. In addition, each Diamond Sponsor was acknowledged as the main sponsor of one of the four conference “Regional / Theme Rooms” (See Venue Plan). These Regional / Theme Rooms focused on research and development within a geographical area (for example, the Americas Room, Asia Room, and Middle East Room), with the sponsor’s project(s) playing a leading role in that room. Each Regional / Theme Room was an integral part of the main conference, accommodating 15 presentations over the two main conference days. The sponsor nominated five of these presentations, with CTBUH nominating 10 presentations from the open call for papers, to achieve a harmonious program for the room based on the region represented.

In addition, the papers supporting these presentations were bound into a stand-alone CTBUH book publication profiling the region, with the sponsor’s project(s) leading the publication and thus promoted and profiled in detail. The sponsor was acknowledged as the sole supporter of this Region Room Book, with every conference delegate receiving a copy. The sponsor also received an additional 25 copies.

*Note: Each sponsorship package included an element of exclusive sponsorship of a unique aspect of the Conference, so in some specific events/aspects, not all sponsor logos were included 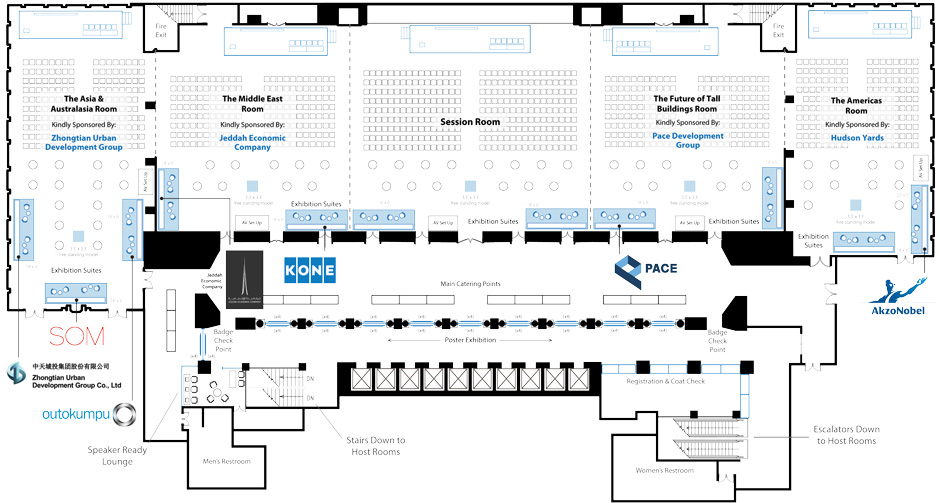